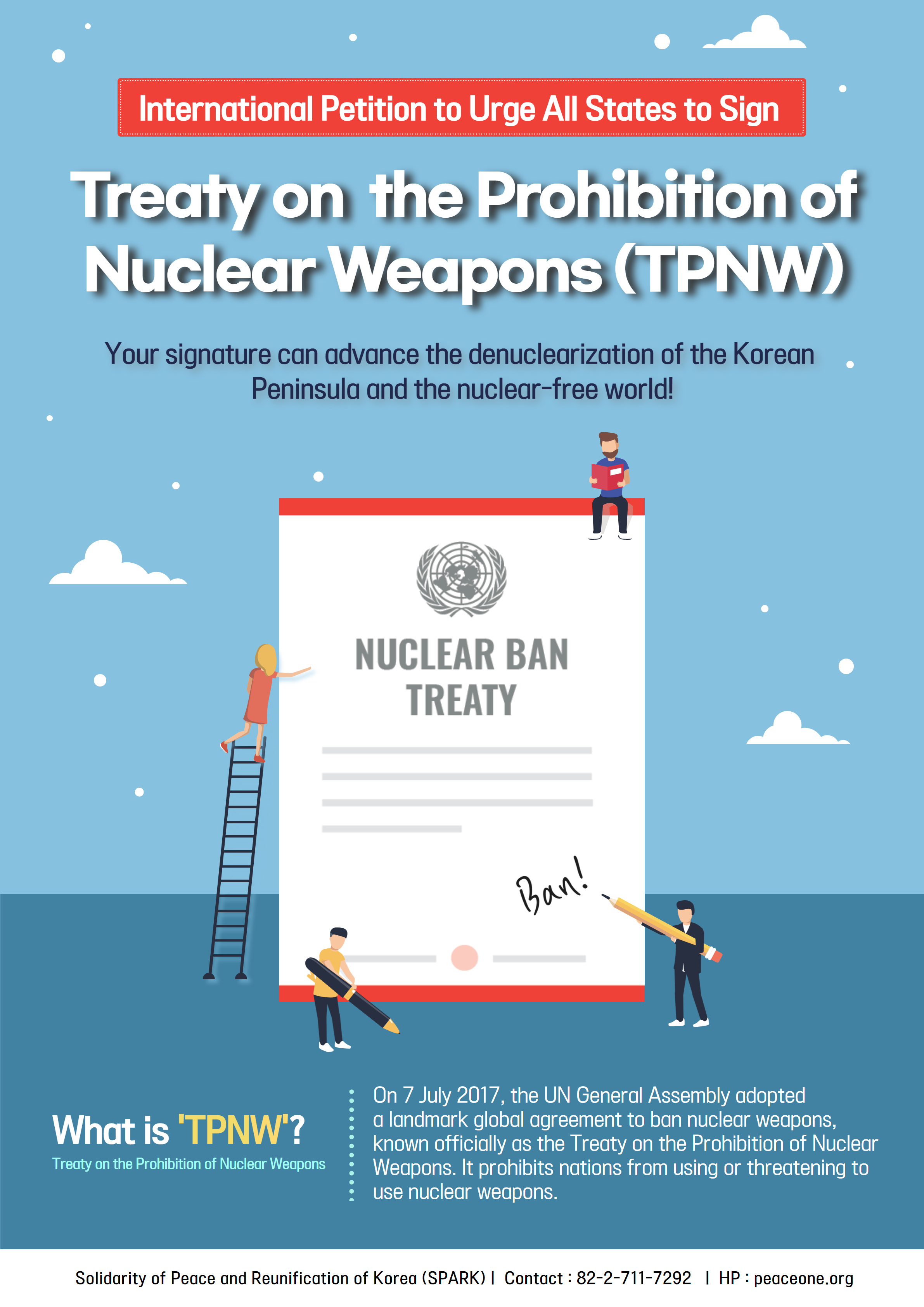 the elimination of all nuclear weapons in the world ―

￭ By dropping nuclear bombs, the U.S. committed inhumane war crimes in Hiroshima and Nagasaki, Japan, indiscriminately harming 700,000 civilians, including killing 240,000 instantaneously. Few knows that at the time of the bombings, there were 70,000~100,000 Koreans in Hiroshima and Nagasaki who had been conscripted to serve as laborers in Japan during its colonial occupation of Korea. 40,000 Koreans died from these bombings.

￭ Suffering from exposure to atomic radiation, a majority of Korean survivors returned to Korea after Korean liberation from Japan, only to live in pain and poverty and suffer from social discrimination and a lack of national attention. Their descendants were also affected. Some have died and others are still fighting various illnesses related to radiation exposure. The U.S., Japan and South Korea have never recognized the hereditary nature of radiation exposure.

￭ Arguably, Korean A-bomb survivors are the most severely suffered victims of Japanese occupation and exploitation.

￭ A complete elimination of all nuclear weapons, which have the potential to cause the extinction of humanity and all life forms on Earth, is a universally accepted need for humanity. As of now, the nuclear-weapon states such as the U.S. and Russia collectively possess enough nuclear warheads (12,000) to wipe out all life on the earth more than dozens of times.

￭ For the first time in human history, on July 7, 2017, the UN General Assembly adopted the Treaty on the Prohibition of Nuclear Weapons (TPNW), which delegitimizes the use and threat of use of nuclear weapons.

￭ With this international petition, we, including Korean A-bomb survivors and supporters, demand not only the South Korean government but also all other nations to sign on to TPNW to realize a nuclear-free world.

Solidarity for Peace and Reunification of Korea